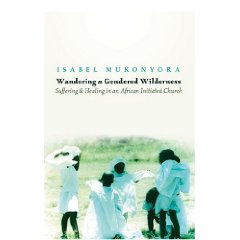 I’m intrigued by the astronomical growth of Christianity in the majority world, and I think it’s important that Christians in the West ask themselves what the churches in all the far-flung corners of the globe can teach us. That’s a part of what motivates my research on charismatic Christianity in Zimbabwe.

During my fieldwork in Zimbabwe in 2007, I couldn’t help but notice the Masowe Apostles. They are distinctive for dressing in white robes and meeting for hours in the open air. It is hard to miss them.

The Masowe Apostles were not the focus of my particular research project, but a recent book by Isabel Mukonyora, Wandering a Gendered Wilderness: Suffering and Healing in an African Initiated Church (Peter Lang, 2007), has helped me to explore further that question about what people in the West can learn from these Christians.

Scholars usually classify the Masowe Apostles with other ‘African Initiated Churches,’ to signify that it is an expression of Christianity that Africans developed independently of the historic missionary denominations.

The group was inspired by Shoniwa Masedza Mtunyane, who took upon himself the name Johane Masowe, meaning ‘John of the Wilderness.’ He was a prophet who wandered throughout Zimbabwe (then Rhodesia) in the 1930s, causing alarm among the colonial authorities. As Mukonyora explains (p. 12):

‘In 1932 Johane Masowe first drew the attention of the police in Mashonaland towns, mines, and commercial farms. By making borders of landscapes sites for prayer, he pointed to the displacement of Shona people … Johane was arrested at least five times during the 1930s for walking around preaching repentance for sins of adultery and witchcraft and offering baptism for those who repented. … He repeatedly disturbed the peace by turning up on unoccupied land, which whites wanted to remain empty to create borders between the different pockets of the city landscape. This sacred wilderness, located on the fringes of worksites, residential neighbourhoods and highways is the source for the Masowe Apostles’ name. John the Baptist, the voice that cries in the wilderness near the river Jordan, is the biblical image from which the Shona name Johane Masowe and this pattern of ritual behaviour were derived. Johane Masowe breached colonial norms by calling people out to pray in places that Rhodesian administrators wished to keep empty and then vanishing, only to surface in another place whose fringes could serve as sites for prayer.’

In this rich description of Johane Masowe’s methods, it’s possible to identify lessons that can speak to other Christian churches today:

Mukonyora’s book is itself not solely concerned with drawing out these sorts of lessons. Rather, it is a first-class anthropological account of the Masowe Apostles, which pays particular attention to the role of women within the religious community.

While I have just focused on liberating aspects of Johane Masowe’s original mission, Zimbabwean women have not always been empowered by this movement. The Masowe Apostles observe rigid gender codes that reflect older, traditional Shona cultural norms, which Mukonyora explores in chapter 2. She also explains how the displacement of Shona men from their traditional roles now shapes (p. 54):

‘the mindset that men bring into the sacred wilderness. … enact[ing] their gender-specific anxieties about masculine superiority and vulnerability in an intense and sometimes invidious form’.

She does not shy away from describing various instances during her research when men treated women disrespectfully during Masowe services. Mukonyora also points out that most previous academic work on the Masowe Apostles focused on the men’s perspectives to the extent that women’s experiences were not really taken into account.

But what Mukonyora offers that is original– and helpful for those of us seeking insights for the wider church – is analysis of how women have been empowered within the frameworks provided by the Masowe Apostles.

For instance, Mukonyora explores the important, sacred role of the female singers who transmit the messages of the gospel. This is especially crucial since the Masowe Apostles, unusually among Christians, rely exclusively on oral tradition and do not use the Bible at all. She explains how at some Masowe gatherings only the women sit facing east during prayers. This is significant because it is believed that the inspiration of the Holy Spirit comes from the east, so the women (but not the men), are here receiving unmediated access to this power. Mukonyora concludes, (p. 113),

‘Positive images of women as bearers of gifts of light associated with the Holy Spirit are foundational to a woman-oriented Masowe concept of God as a Supreme Being whose presence is felt by believers. … Women have a way of reading into their ritual behaviour messages that fulfil their religious aspirations as individuals whose problems arise from living in a society that keeps women at the margins.’

Finally, Mukonyora notes the prominence of women in healing rituals and argues that this provides a necessary spiritual, physical and psychological release for the many challenges that they face as marginalised women in a collapsing, marginalised nation.

Further lessons can be gleaned from this analysis, including:

Mukonyora’s book is an enjoyable and enlightening read for all who are interested in Zimbabwe, African Christianity, and the manifold expressions of Christianity in the contemporary world.

110 thoughts on “What can the Churches Learn from Zimbabwe’s Masowe Apostles?: Isabel Mukonyora Book Review, Wandering a Gendered Wilderness” 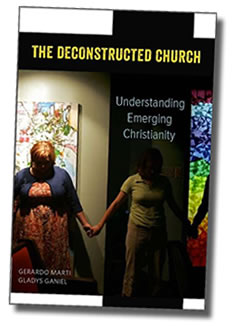